How Dirty Are Our Mattresses and Bed Sheets?

Since we spend a major part of our lives in our beds, it’s quite obvious that we would try to make them comfortable and cozy. Slipping into clean and fresh...

The bedroom is the ultimate go-to place at the end of the day, where we can rest and relax and prepare ourselves for the next day. But most of us are unaware...

Physical activity and hot weather are not the only reasons that cause sweating. There are other conditions that can trigger the need to cool us down. One such... 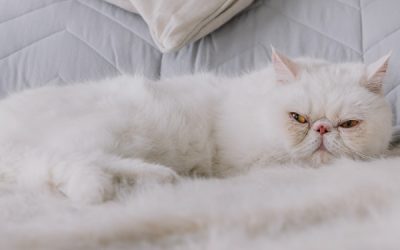 Animals and Their Sleep Patterns

Most living creatures need to replenish their energy, be it through food, natural light, or sleep. But different living organisms have different sleeping...

What Is Paradoxical Sleep?

Paradoxical sleep, which is better known as REM sleep or dreaming sleep, is a stage in the sleep process where a person shows an increase in brain activity. The increase in the level of brain activity is more prominent in the midbrain and forebrain regions. Paradoxical sleep is defined by the process of dream and loss of motor function, except in the eyes and diaphragm. The process occurs multiple times during our sleep. In paradoxical sleep, our muscles are relaxed to prevent us from acting out our dreams. In some cases, this step is skipped and leads to REM sleep behavior disorder. The term paradox is used here because the brain shows signs of activity that is similar to that of a person who is awake and doing some activity. However, in this state, the body is completely still and devoid of any movement except that shown by eyes and basic functionalities like breathing.

Insomnia is a state where a person finds it difficult to fall asleep at night. Paradoxical insomnia is a rare condition in which a person is unable to determine how long it takes for them to fall asleep and how long they sleep. These people might think that they had slept for only a couple of hours when, in reality, they slept for seven to eight hours. Another effect of paradoxical insomnia is that the person suffering from this condition is quite aware of the things happening around them as they sleep. This level of awareness means that the person is transitioning between light, stage 1 sleep, and wakefulness.

The result of paradoxical insomnia appears when the person wakes up the next day. A person who slept for a good eight to ten hours will still feel tired and groggy afterward. Generally, over the counter medicines such as Melatonin and prescription-based drugs such as Ambien are known to counter the symptoms of paradoxical insomnia. Even though insomnia is fairly common, with over 35 percent of the world population suffering from insomnia, but paradoxical insomnia affects less than 5 percent of the population. A curious question about insomnia is based on the fact that a person is unable to sleep, but what happens if a person tries to stay awake. This is the place where a behavioral technique known as paradoxical intention sleep therapy may provide relief.

A Paradox is used to define a condition that contradicts itself. However, if you try to explore the condition and find out what is causing it, then you might come up with an explanation. This works in the case of insomnia where trying to stay awake might actually help you fall asleep. You can also rely on your surroundings to help sleep better. Paradoxical intention is a type of cognitive therapy where you are taught how to confront the fear of staying awake and its possible negative effects. To know more about this process, you should consult a psychologist, a psychiatrist, or an expert in sleep medicine. Paradoxical intention helps in overcoming the anxiety related to the inability to sleep. As a part of this therapy, you might be asked to evaluate the effect of insomnia on daytime activities. By doing this, you will be able to overcome the anxiety and would be able to sleep better at night. If all else fails, you can also try to stay awake to fall asleep.

While relying on paradoxical intention, your aim is to keep yourself awake instead of trying to sleep. As you practice, you learn to stop “attempts to sleep,” and that’s a good thing as it is not helpful in dealing with paradoxical insomnia. If you try to force yourself to sleep and fail to do so, then quiet wakefulness becomes an acceptable alternative. Cognitive distractions such as breathing techniques, progressive muscle relaxation, and guided imagery can also be helpful in dealing with this condition. Paradoxical intention can be done by trying to keep yourself awake until you are tired enough to go to bed. Now, go to your room and switch off the lights and keep away anything that might cause a distraction such as books, mobile phones, etc. Lie down and close your eyes and think about staying awake instead of trying to sleep. By doing this, you will realize that you are able to sleep a lot faster than before.

This article is just a simple guide that describes paradoxical sleep and the problems related to it. If you feel that you are unable to sleep properly and need help, then consult a sleep therapist for viable solutions.

How Dirty Are Our Mattresses and Bed Sheets?

Since we spend a major part of our lives in our beds, it’s quite obvious that we would try to make them comfortable and cozy. Slipping into clean and fresh...

The bedroom is the ultimate go-to place at the end of the day, where we can rest and relax and prepare ourselves for the next day. But most of us are unaware...

Physical activity and hot weather are not the only reasons that cause sweating. There are other conditions that can trigger the need to cool us down. One such...